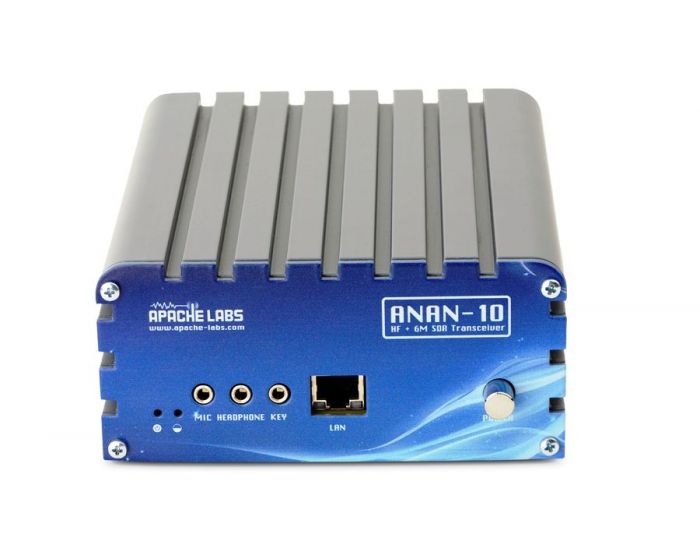 Adaptive Predistortion for a Super Clean transmitter on the ANAN

The quest for a clean transmitter requires one to either operate in very inefficient Class A mode (at reduced efficiency and power outputs) or invest in a 50v Mosfet design which provides a 10dB improvement in IMD in the best case scenario.

The ANANs has been designed from the ground up to use modern digital predistortion algorithms to mitigate and reduce the IMD created in the transmitter, 50dB IMD3 has been achieved using Dr Warren Pratt’s (NR0V) revolutionary new WDSP engine which implements adaptive predistortion (PureSignal) winner of the 2014 ARRL Technical Innovation Award.

Exceptional transmitter output linearity has been achieved, the results are astounding and far superior to any other Amateur radio transceiver available in the market today.

The ANAN-100D and the ANAN-200D can be used for Polarization diversity operations (using two ADCs) to remove QRM and noise far more efficiently than any noise blanker can, Diversity reception is also used to mitigate Faraday Rotation effects and to remove polarization misalignment effects during Rx.

THE ANAN SDRs WILL WORK ON A MULTITUDE OF SOFTWARE PLATFORMS

Q. Is an Apache Labs radio right for me?
A. The Apache Labs software defined radios are built and designed for highly technical operators with a moderate amount of computer and networking experience -- not "appliance users." They are on the cutting edge of radio technology and the radios are continuously improved through user feedback. An Apache Labs radio is right for you if: 1) you are looking for the highest performance and latest technology; 2) you are an experienced radio operator with computer experience; 3) you're willing to work through the resources provided by the Apache Labs community at Yahoo Groups; and 4) you understand the nature of cutting edge technology includes frequent firmware updates and hardware revisions to stay on the cutting edge and to address issues as they are uncovered.

Q. Are Apache Labs radios warrantied and supported just like any other ham radio?
A. No. To begin with, the Apache Labs warranty is 2 years -- twice as long as most radio manufacturers. Also, since there's really no interface for this radio aside from third party software, there's not a whole lot to "support." There is a US service center for Apache Labs products should something fail, but most of the time user issues can be resolved with advice from the community, software patches, or firmware updates. Click here for GigaParts' warranty for Apache Labs products.

Q: What is the difference between the Flex 1500 and the ANAN-10?
A: Here are some of the significant differences between those two radios: