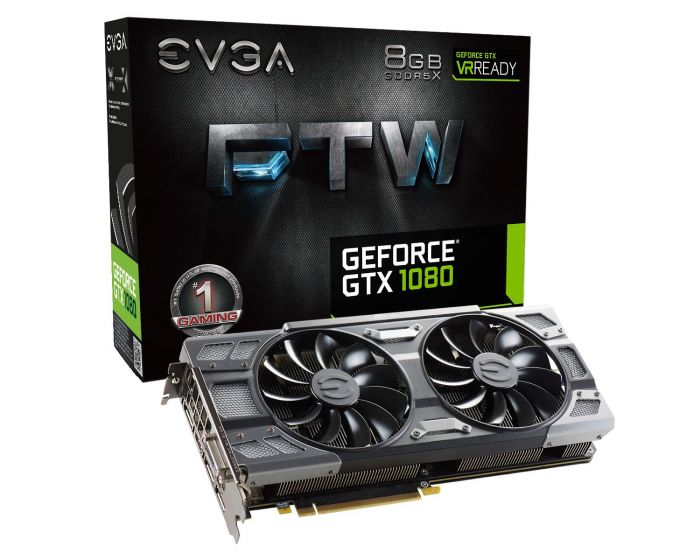 Skip to the beginning of the images gallery
Overview
The NVIDIA GTX 1080 is in HIGH demand right now. While this model may or may not be in stock, you can see our entire GTX 1080 stock HERE!

The NVIDIA GTX 1070 is in HIGH demand right now. While this model may or may not be in stock, you can see our entire GTX 1070 stock HERE!

A secondary BIOS allows you to experiment with custom BIOSes without risk of breaking the card, and allows easy BIOS recovery with just the flip of a switch. Also, on select cards the secondary BIOS may unlock additional overclocking potential and/or improved fanspeed control!

Dynamically maximizes clock speeds based on workload and allows enthusiast-class controls such as temperature target and fan controls, extra over-voltage headroom, and optimizations for water-cooling solutions. This allows gamers to push performance to new levels.

A next generation graphics and compute API from Khronos Group that provides high-efficiency, cross-platform access to modern GPUs.

Supporting the latest standards in the OpenGL API.

This card is designed for the PCI Express 3.0 bus architecture, offering the highest data transfer speeds for the most bandwidth-hungry games and 3D applications. It also maintains backwards compatibility with existing PCI Express motherboards for the broadest support.

The latest standards in DisplayPort and HDMI interfaces.

This new version of Precision is built for the NVIDIA Pascal architecture and combines the best of EVGA Precision and EVGA OC Scanner to give you never before seen overclocking features and built in automatic tuning.