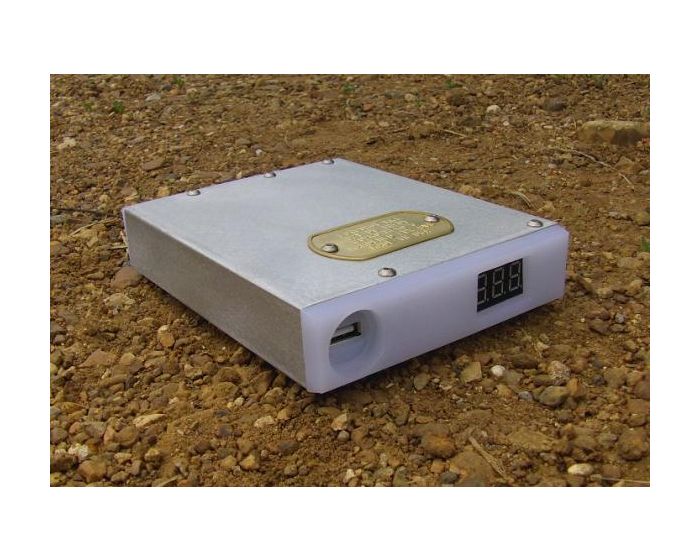 WeVolt Ultra-Portable Armored Battery System - The ReVolt has a little brother! Same awesome ruggedness as the ReVolt, but pint-sized and lower priced.

The WeVolt is a sort of little brother to the ReVolt, but even more portable.  The ReVolt has earned a reputation for durability and performance in some of the most demanding applications possible.  Many ReVolt users are military and first responders.  When these same users were requesting a similar device that could fit into a pocket with a dedicated high-amp USB port, we started the R&D process.  The result is the WeVolt.

Intended for small electronics like cellphones, GPS, Ballistic Computers, two-way radios, and rechargeable lights, the WeVolt will charge most smartphones at least five or six times.  Its 3 amp USB port is very powerful, and will 'fast charge' most devices.

A battery system that is armored for real life.

A source of energy that is not harmed by water.

A rugged, versatile power source you can rely on.

The WeVolt is waterproof. Not water resistant, water PROOF. It contains a 2.2 amp hours at 12 volts. That is over 26 watt hours, in the palm of your hand. If you want to compare it to a cellphone charger, be sure you compare true energy, shown below:

Wall thickness of the aluminum is a full 1/8"

The LED Voltmeter is covered with a thick layer of epoxy.&nb