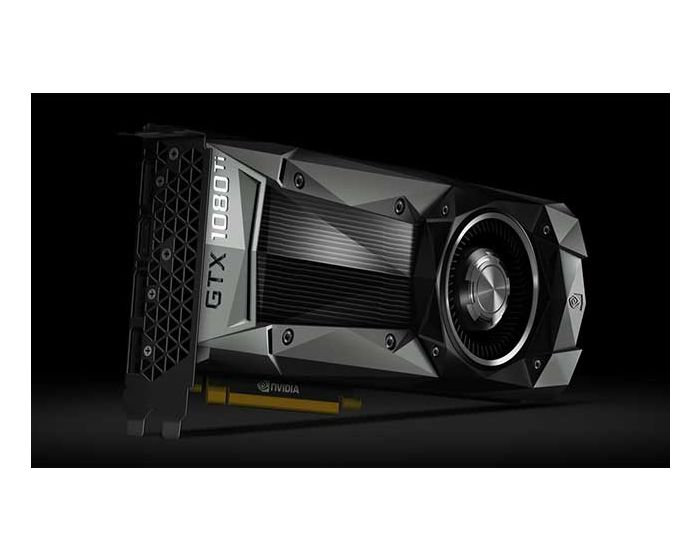 ASUS GeForce® GTX 1080 Ti Founders Edition is the most powerful and efficient hardware that is up to 35% faster than the GeForce GTX 1080, and is even faster in games than the NVIDIA TITAN X. The card is packed with extreme gaming horsepower, next-gen 11 Gbps GDDR5X memory, and a massive 11GB frame buffer. It is bundled with a free 1-year premium license of customized ASUS GPU Tweak II and XSplit Gamecaster for intuitive performance tweaking and instant gameplay streaming.

NVIDIA Pascal
GeForce GTX 10-Series graphics cards are powered by Pascal to deliver up to 3X the performance of previous-generation graphics cards, plus breakthrough gaming technologies and VR experiences.

Innovative Design
Unprecedented gaming horsepower. Exceptional craftsmanship. A 7-phase dualFET power supply. All cooled by a radial fan with an advanced vapor chamber designed to for consistent performance in even the most thermally challenging environments. This is the forward-thinking innovation that makes the GeForce GTX 1080 Ti the Ultimate GeForce.

Features
Specifications
Reviews
Write Your Own Review
Only registered users can write reviews. Please Sign in or create an account