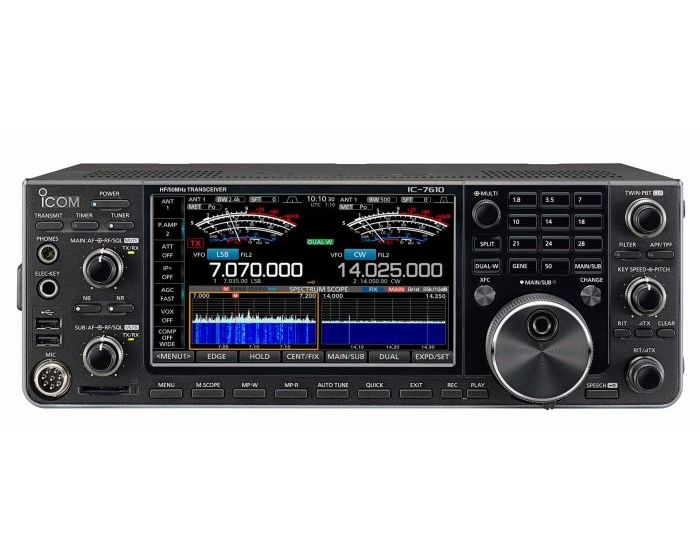 Faint signals are no longer a challenge for DXers and Contesters around the world, with the new IC-7610. The difference between putting the QSO in the log or trying another time is the capability of your receiver. The high performance RMDR in the IC-7610 has the ability to pick out the faintest of signals even in the presence of stronger, adjacent signals. The IC-7610 introduces dual RF direct sampling receivers. Achieving 100dB RMDR, these receivers rival that of other top-of-the-line transceivers. The IC-7610 also comes with a high-speed, high-resolution, real-time spectrum scope on a 7-inch color display.

The RF Direct Sampling System in the IC-7610 is capable of 110 dB* RMDR. This performance gives you the ability to pull weak signals out of the noise of strong adjacent signals. There is a difference you can actually hear as the desired signal comes out of the pileup!
* Representative value at 2 kHz frequency separation (Received frequency: 14.2 MHz, Mode: CW, IF BW: 500 Hz) 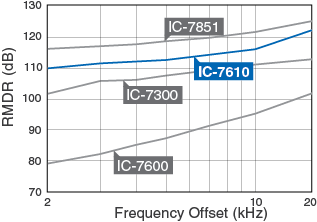 Independent dual receiver
Whether listening to both sides of DX station running split, or looking for a multiplier on a different band or mode, the dual receivers in the IC-7610 have you covered. Two separate DIGI-SEL preselectors, two separate Band Pass Filter networks, feed two separate A/D converters into the FPGA. 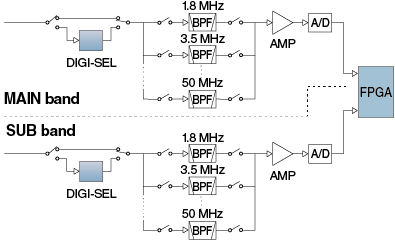 Dual Digi-Sel
The DIGI-SEL preselectors are RF filters with sharp, narrow passband characteristics preventing Analog-to-Digital Converter overflow from large out-of-band signals when sampling the RF signals. Additionally the third and higher order IMD components are reduced. This is ideal when strong signals are received in a contest pile-up or from broadcast stations on adjacent frequencies or bands. 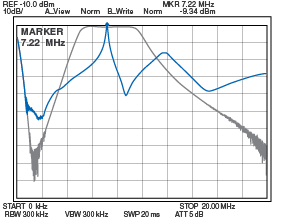 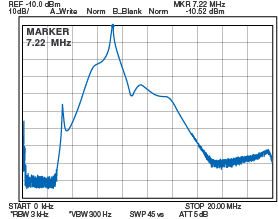 Large color touch screen
The large 7” color TFT touch LCD offers intuitive operation of functions, settings, and various operational visual aids such as dual spectrum scope aligned vertically or horizontally, simulated analog meters and RTTY, PSK31/63 mode decoded messages.The combination of the touch screen and the multi-dial knob offers quick and smooth operation. When you push the multi-dial knob, menu items are shown on the right side of the display. You can select an item by touching the screen and can adjust the levels by turning the multi-dial knob.