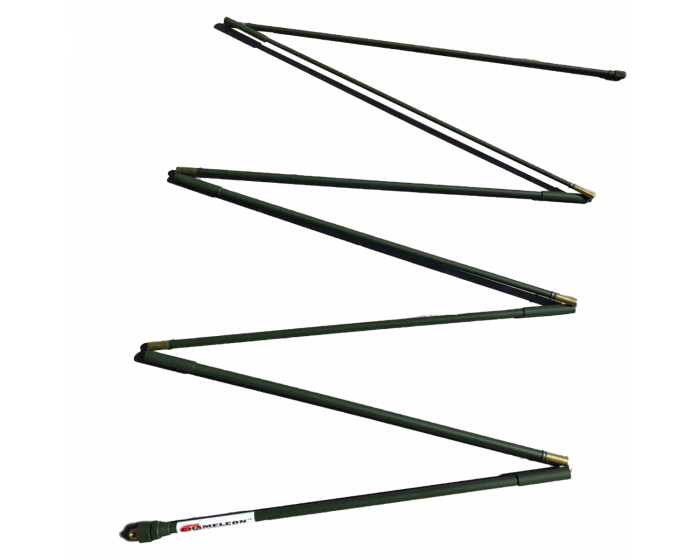 If used in a stand-alone setup the antenna will cover 28-54 MHz with an external antenna tuner. To enhance RF propagation and antenna performance a ground-plane is required.

Its design has been borrowed from similar antennas utilized by many armies all over the world. The CHA MIL 2.0 is very hardy, sturdy and portable (being collapsible). Un-mounted the entire antenna length is less than 20”. The 7 brass sections of 17" long each are hold together by a piece of military shock cord.

This is an excellent add-on for the CHA HYBRID, CHA HYBRID-MICRO and the greatly popular CHA MPAS.

The antenna system consists of: